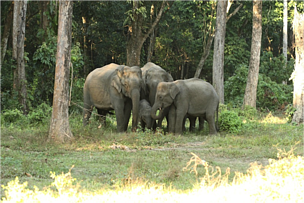 A group of elephants spotted in North Bank landscape
© Dipankar Ghose/ WWF-India
Introduction:
Wildlife Week is celebrated every year in India between October 1 and 8. The annual theme of the campaign is to promote the preservation of fauna – i.e. animal life.

Wildlife Week was conceptualized in 1952 with the overall goal of raising awareness to serve the long-term goal of safeguarding the lives of wildlife through critical action. In addition, the Indian Government established an Indian Board of Wild Life which works to improve awareness towards the preservation of wildlife. Throughout Wildlife Week, experts conduct hands-on workshops to bring the more complex aspects of wildlife conservation within the reach and understanding of all age groups. This year, WWF’s landscapes celebrated Wildlife Week through numerous awareness building activities.

Competitive events, including a rangoli competition and related subjects on wildlife were alsoconducted with students of various age groups at Bilaspur, Chattisgarh between October 5 and 8.

The Terai Arc Landscape
Several programmes were held all across the Terai Arc Landscape. WWF-India, organized a grand event at the Indian Veterinary Research Institute (IVRI) to celebrate Wildlife Week in Bareilly and commemorate the release of two important publications, one of which was released in Lucknow. The event was organized in collaboration with the District Administration Bareilly, UP Forest Department and the Katerniaghat Foundation. A campaign for Tiger Conservation in the Pilibhit Tiger Reserve was also promoted at the event.
The event was inaugurated by the Inspector General of Police- Bareilly, Mr V.S. Meena and was attended by several prominent guests. Prior to the event, 300 students from 25 schools in Bareilly participated in drawing and slogan competitions, wherein the winners were given prizes and certificates.

Parallely, the Lucknow event was held at the Pluto Auditorium, Lucknow, where reports were released by several important state officials, as well as WWF-India team members. Competitive events were also held for students from nearby schools at the Dichauri Range of Ramnagar Forest Division later that week on 5 October 2014. The event was held in collaboration with the local Forest Department. This programme was the first of its kind in the Ramnagar area, and was met with a positive response by most students who took to the learning material with relative ease.

Similar programmes were also held at the Dhela Range of the park authorities, Terai West Forest Division and partner NGOs.

The Sundarbans Landscape
During the Durga Puja festival in Kolkata, Sanghasree a 69-year-old puja committee, decided to have its theme as “The conservation of Tigers in the Sundarbans” as a part of the puja celebrations this year. Sanghasree, has had several, prominent Bengali personalities as its members including Satyajit Ray, Mrinal Sen and others.

Various facets of tiger and its conservation and rare video footage of Sundarban’s tigers, recorded through camera trap exerciseswere showcased as part of the theme. The interiors of the pandal also showcased the Sundarbans and its tiger habitat. Numerous videos were were also screened.WWF-India contributed to these arrangements by serving as a knowledge partner for this aspect of the festivities.

This theme by the Sanghasree club was commended and received the Biswa Bangla Sharod Samman (award) under the The Best Concept by Government of West Bengal and Kolkatashree award under the Best Environment by the Kolkata Municipal Corporation.

A special event was held on October 8 for students from the Rajiv Gandhi School, Wayanad. The school is funded by the tribal department and has a residential programme for about 433 tribal students belonging to the Kattunaya-kan tribe in Kerala. WWF- India conducted various competitive events including essay and poster-making competitions on the theme of human-wildlife conflict and measures to minimize the conflict as it is of the primary conservation issue in Wayanad. A nature quiz was also conducted for 100 higher secondary school students. Thereafter, an educative film based on the behavior and activities of elephants was screened in Malayalam for all students.

On October 7 and 8, similar set of competitive events were held at Sathyamangalam Tiger Reserve and the Gudalur Forest Division. Gudalur is one of the primary areas for human-elephant conflict in Tamil Nadu due to its severely fragmented habitat resulting from the conversion of forestlands to tea and coffee plantations.Thus, the causes of conflict and management measures were discussed with frontline staff of Gudalur forest division in a presentation by D. Boominathan, Landscape Coordinator, Western Ghats; Nilgiris Landscape.


North Bank Landscape
On 8 October 2014, the closing ceremony of the 60th Wildlife Week was held at the Office of the Principal Chief Conservator of Forests, Itanagar. WWF-India’s report on “Mammals of D’Ering Wildlife Sanctuary” was formally released by the Chief Guest, Mr C.T. Mein, Honorable Parliamentary Secretary for Environment & Forests, Government of Arunachal Pradesh. The report lists the status of mammalsfound in the sanctuary.Several prominent stakeholders attended the event. Speaking on the occasion, MrC.T Mein appreciated WWF-India’s efforts for its work in D’Ering Wildlife Sanctuary.


The Western India Tiger Landscape
In the Western India Tiger Landscape, WWF-India’s most recent addition to its tiger landscapes, the team organized an exposure visit to Ranthambore Tiger Reserve where a play was conducted on wildlife conservation with the students of Government Senior Secondary Schools- Saonta and Naypur in Khandar. In addition, short films were also screened on the biodiversity of Rajasthan.

The activities conducted by WWF-India to observe World Wildlife Week across all its landscapes have been with the primary intent of reaching out to the general public and spreading the important message of wildlife conservation. A world without wildlife would inevitably lose its ability to sustain all forms of life, due to the intricate balance of nature and the inter-dependency of species on one another. Conserving our natural resources, especially our wildlife is among the most significant challenges of our century, and events such as these help remind us all of the utmost importance of this goal. 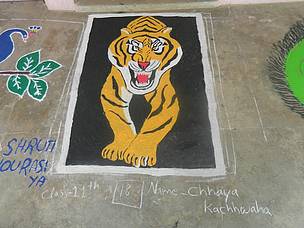 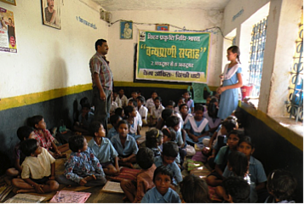 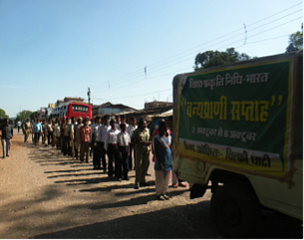 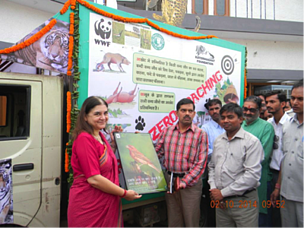 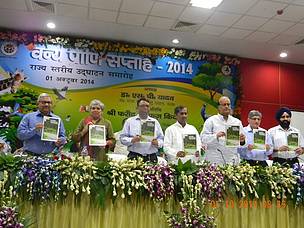 The Terai Roads report being released at an event commemorating the launch of Wildlife Week in Lucknow, TAL
© Kamlesh K. Maurya / WWF-India Enlarge 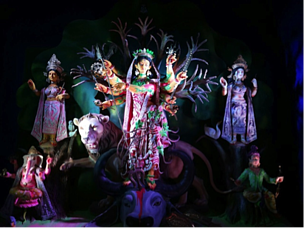 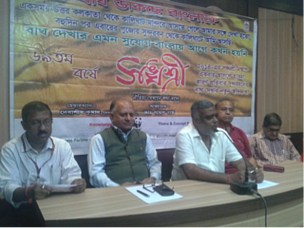 WWF-India SG & CEO, Mr Ravi Singh, along with other members present at the event in Sundarbans
© Ratul Saha / WWF-India Enlarge 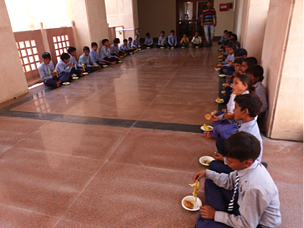 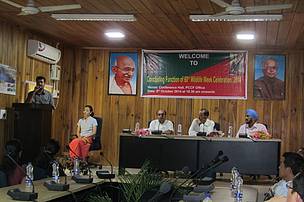 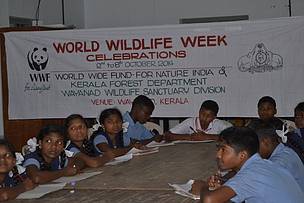