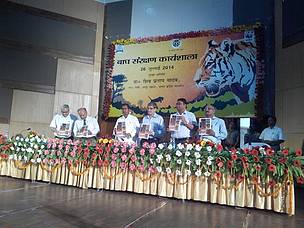 The release of the ‘Tiger Status in India’ report at the tiger conservation workshop in Lucknow.
© Mudit Gupta/WWF-India

The annual occasion of Global Tiger Day (GTD) on July 29, was established at the St. Petersburg Tiger Summit in 2010 as a means to draw worldwide attention to the global plight of wild tigers. Tiger populations have plummeted around the world in the past few decades due to a myriad of reasons and circumstances ranging from deforestation, habitat fragmentation, poaching, loss of prey and infectious diseases, among several others. The celebration of this occasion is one of many features of the Tx2 pledge by tiger range countries who committed to efforts that would double the world’s tiger population by 2022. The occasion of Global Tiger Day serves as a means to promote the issue of tiger conservation and help raise awareness amongst the general public, especially future generations. WWF/India organized several events marking the occasion across numerous conservation landscapes, on the days leading up to Global Tiger Day, as well as on the date of the occasion itself.

Following the workshop, an official celebration of Global Tiger Day was held on July 29 at a tourism complex at Dudhwa Tiger Reserve. The occasion was attended by over 100 students from 3 nearby schools - Indian Academy, Golden Flower School & Gurukul Academy. Also in attendance at the occasion were representatives of Eco-Development Committees, media agencies, local NGOs as well as forest range officers, and other forest staff. The Chief Guest at the event was Shri Sanjay Singh, the new Field Director of the Reserve, along with Deputy Director Shri VK Singh who attended as the special guest. The day’s activities consisted of seminars and educational workshops for the students and guests in attendance on the importance of tiger conservation, as well as a showcase of methods to help promote tiger conservation in their local communities.

In the Satpuda Maikal Landscape (SML), Global tiger day was celebrated with several competitive activities for school children on the theme of “Tiger Conservation and Us”. The event was attended by over 120 students participating from 8 different schools and featured a drawing, debate and skit competition. The judges for the events included the guests of honor - Divisional Forest Officer (Mohagaon Project) R.K.Dubey, Assistant Director, Kanha Tiger Reserve Shri Rajnish Singh and P. K Verma, who also distributed prizes among the students and encouraged them to make small contributions towards tiger conservation in their day to day life, in whatever way that they could, through spreading awareness and promoting the issue with their local communities. Eminent educator Shri Rajesh Chhattristated at the event that “We appreciate WWF/ India's efforts in helping create and spread awareness amongst the future generations of our country on the issue of tiger conservation. It is my sincere hope that this awareness helps bring about a better future for tigers under the eventual guardianship of this generation someday.”

In the Western India Tiger Landscape (WITL), an event was held at Rajkiya Senior Secondary School at Kandhar,where several competitive activities including a painting competition on the theme of “The Tiger and its Habitat” were conducted. A special documentary film on tigers was screened for the students, followed by discussions and debates with their peers and teachers. Forest officers from the nearby forests departments also presented short seminars on the work being done for tiger conservation in the area.

“Global Tiger Day’ has helped us connect with communities living in tiger landscapes. These occasions not only help us towards spreading awareness about conservation, but also serve as a means to build trust with community members living in an around these forest areas and promote pride in local communities on their conservation accomplishments.” said Sunny Shah, WITL Coordinator.

At the Sundarbans Tiger Reserve,an event was organized by WWF-India on 28th July, 2014 at Canning town, which was attended by a total of 31 teams comprising students from different schools in the fringe villages of the Sundarbans Tiger Reserve,as well as members of the local community. The WWF-India team was in attendance at the event and they shared their experiences with students on Tiger Conservation and camera trapping conducted in the Sundarbans landscape. In addition to the event, Dr. A. Anurag Danda, WWF-India’s head of Sundarbans Landscape spoke to two leading regional news channels, News Time and 24-Ghanta, in a discussion on the status, and inititiatives to overcome the various challenges in tiger conservation, as well as the importance of securing crucial tiger corridors in the Sundarbans.

“It is imperative that we take necessary steps to secure spaces beyond protected area in Sundarbans. It’s not physically securing the space but need to learn cohabiting with wildlife.”, said Mr. Ratul Saha,Coordinator- Biodiversity Conservation,WWF-India Sundarbans

A special event is scheduled for 5th August 2014 where a rally will be attended by students from 15 different schools across the city and will be inaugurated by the city police commissioner, who will also be the chief guest at the occasion. The rally will adopt a route from the Indian Red Cross Society to the Coimbatore Race Course. Following the rally, several competitive events will be held in the form of drawing, face painting, essay writing and elocution competitions, spread across 5 different age groups from kindergarten students to college students. A total of 64 students will be awarded prizes sponsored by a coalition of the Rotary Club of Coimbatore, St. Michael School, Anamalai Tiger Reserve and WWF India. The painting competitions will be held on the day of the rally, while the other competitive events will be held at St. Michael’s School on 12th August 2014, and will be presided over by the Field Director of Anamalai Tiger Reserve and the Dean of Forest College Mettupalayam.

"Coimbatore is a large industrial city which lies on the border of a landscape whichsupports possibly the world largest tiger population. It is particularly important that the message of conservation and Global Tiger Day reach the people of this city, especially its children and future generations", said Boominathan Durairaj, Coordinator WWF-India, Western Ghats Landscape.

The occasion of Global Tiger Day was well received across all the aforementioned events and landscapes, and helped cultivate the message of tiger conservation, especially with the younger generation. Tiger populations across the world are currently near their lowest point in history, with as few as 3,200 estimated tigers remaining in the wild. India accounts for nearly half these magnificent creatures, who face the dire risk of extinction unless immediate and drastic measures are adopted to safeguard their survival.

“Global tiger day was celebrated by our teams to raise public awareness and support for tiger conservation. We believe that ensuring survival of tigers in wild is a shared responsibility and most of our events on this day were based on the same theme. Even though each day is a tiger day for us, we made an extra effort today to draw attention to the severely declining population of tigers and their ecosystems.” said Jimmy Borah, Senior Coordinator, Tiger Conservation Programme, WWF-India.

The release of the ‘Tiger Status in India’ report at the tiger conservation workshop in Lucknow.
© Mudit Gupta/WWF-India Enlarge 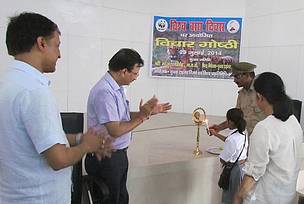 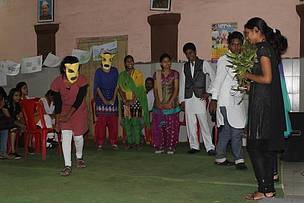 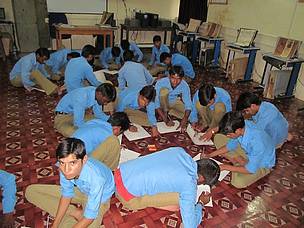