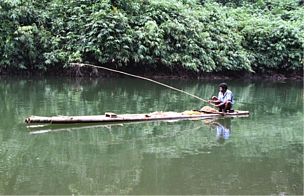 A Kadar fisherman
© WWF-India
WWF-India has been working with local tribal communities in the Vazhachal Forest Division (VFD)since 2007, to help facilitate the Community Forest Rights process under the Forest Rights Act, 2006 to enable them to manage the area and its resources sustainably.

The Vazhachal Forest Division occupies an area of approximately 400 km2, and is located in theThrissur and Ernakulam districts of Kerala. The division houses some of the country’s most beautiful landscapes filled with waterfalls and deciduous as well as evergreen forests, which are home to hornbills, elephants and over 200 animal species. Furthermore, a part of the Vazhachal Forest Division has now been included in the Parambikulam Tiger Reserve and the rest acts as a crucial bufferfor Parambikulam and Annamalai Tiger Reserves, thus increasing its conservation significance.

Nine tribal settlements of the Kadar and Malayan communities are located in the VFD.These settlements fall under the jurisdiction of the Athirapally Gram Panchayat, Thrissur district of Kerala. There are approximately 1400 Kadars in the world, of which around 850 reside in the Vazhachal Division. The Kadars were resettled into colonies 50 years ago due to the construction of dams in the region, as well as expansions in timber and forestry operations. To this day, the Kadars depend on forest resources for their sustenance, and it is thus crucial that they themselves work towards conservation and management of theresource area to sustain their livelihoods and preserve the ecological functions performed by this area.

The Kadar community depends on forest resources, especially Non Timber Forest Produce (NTFP) such as honey, wax, and tubers and they fish from the numerous streams, rivers and reservoirs of the area. They have never practiced agriculture. Developmental pressures in the form of dam construction, tourism, and exploitation by outsiders has become a serious threat to their livelihood security. The Kadars have themselves expressed concerns over depletion of some of the NTFPs collected by them and have been eager to initiate a dialogue on measures that would help them regenerate and preserve these resources for their future generations.  They have also expressed an interest in adopting relevant technologies, which can enable them to manage the NTFP ssustainably.

Taking into account the Kadars’ knowledge of ethnobotany especially in the field of medicinal plants, their indigenous knowledge about local plant species and their knowledge about status of these species, it was realized that the community could carry out effective ecological monitoring of the biodiversity species in the forest division. Furthermore, this additional knowledge would help bring about an understanding of the impact of NTFP collection, and can lead to areduction of their depletion.

WWF’s initial activities with the Kadars entailed a data collection exercise to study the resource dependency and socio economic status of the nine settlements. Several settlement meetings were conducted to help share knowledge on sustainable resource use and ecological value of the area. Community mobilization exercises were then initiated to map the resource use areas of these settlements (Kadars and Malayans).  Following this, the maps were overlaid to help identify the overlapping collection areas as well as the NTFP depletion areas. This also helped build an understanding between communities to discuss and decide upon measures, which can reduce over collection of certain resources and also stop destructive harvesting practices.

Simultaneously, WWF-India also held capacity-building workshops that highlighted the value addition of NTFPs, and a year long capacity-building exercise to train 30 Kadars from all nine settlements in ecological monitoring activities. Additionally, WWF-India initiated a dialogue with the VFD to set up a simple honey filtration unit for the Kadar communities and a benefit sharing mechanism from honey sale through the Forest Development Agency. The forest department too, was given training in the use of modern equipment such as GPS, and courses on wildlife laws and law enforcement, to help build a comprehensive region-wide machinery to work for conservation in the area through the contributions of the forest staff as well as local communities.

In 2012, claims for CFR were filed by all nine settlements and subsequently approved by the District Level Committee constituted under the FRA, 2006. The titles for these communities were signed in January 2014 and distributed by the state Tribal Minister on 26 February 2014, thereby recognizing their rights over their resources along with its management. Moving forward, WWF-India is working with the local communities towards the integration and convergence of several VSS and CFR plans with the Forest Department, to help manage these areas better. WWF-India is also facilitating the formation of an institutional mechanism for all nine settlements for managing the CFR area through the CFR management committees, setup by respective Gram Sabhas. Gram Sabhas now also have setup a coordination mechanism, called the Vazachal CFR coordination Sangham. This has been registered and will enable the CFR management committees to work together.

Critical wildlife areas and limited use areas within the CFR will be identified by the local community and a participatory monitoring strategy will be put in place to ensure proper and responsible resource use in the CFR area.

WWF-India’s impact on the lives of these communities and long-term conservation in VFD has been the product of several rewarding partnerships with organizations including the Kerala Forest Department, River Research Centre, the Hornbill Foundation, District Administration, Tribal Department. The Critical Ecosystem Partnership Fund has supported this initiative for the last four years. 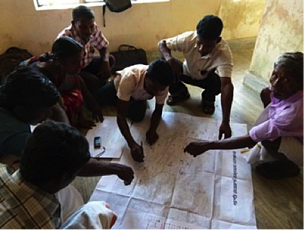 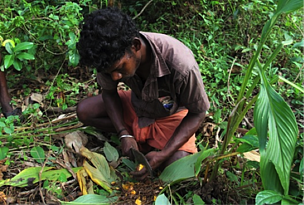 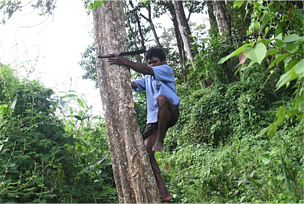 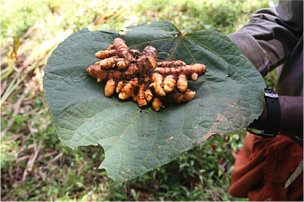