Young coders put their skills together to address wildlife trafficking in India: Watch our latest film on ZOOHACKATHON on #WorldPangolinDay | WWF India

Young coders put their skills together to address wildlife trafficking in India: Watch our latest film on ZOOHACKATHON on #WorldPangolinDay 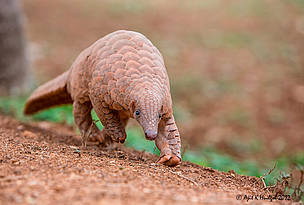 New Delhi: Wildlife crime has evolved itself into an organized criminal activity targeting many protected and endangered wildlife such as pangolins, turtles and tortoises, tigers, leopards, elephants, rhino, birds such as parakeets, munias, owls, marine species among others.

Pangolin, a scaly anteater is targeted for its scales used in traditional medicines, and meat consumed as a delicacy in many Asian countries. A study by TRAFFIC, for a period 2009-2017, had found nearly 6000 pangolins in illegal wildlife trade in India closing to 650 found in illegal trade every year since 2009. However, this was a conservative estimate as only a fraction of illegal wildlife trade is detected, and actual numbers were likely to be higher.

Globally, pangolins are considered the most trafficked wild mammal and most of the poaching and smuggling across pangolin’s range countries is targeted for international markets in China and Southeast Asia.

Owing to the ever-increasing internet user population, illegal wildlife trade has further expanded its wings on cyberspace intensifying this threat.  Therefore, use of technology for combating wildlife crime has become need of the hour. Every year TRAFFIC along with the US Embassy and WWF-India organises Zoohackathon- a technology driven challenge to help find solutions to illegal wildlife trade.

Zoohackathon brings together coders, designers and wildlife enthusiasts for two days to ideate and develop solutions that can form the future of curbing poaching and illegal wildlife trade. The contest has been captured in the form of short film that takes you through the journey of young minds during Zoohackathon. WATCH and SHARE our latest film on Zoohackathon this World Pangolin Day on 15 February 2020. 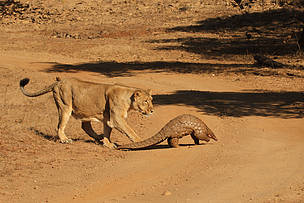