Illegal trade of Red Pandas in India and across borders: new TRAFFIC study released on #WorldWildlifeDay 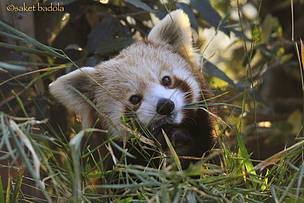 New Delhi: On 3rd March, World Wildlife Day [1], a new assessment of the poaching and illegal trade of Red Pandas Ailurus fulgens in India and the neighbouring countries of Nepal and Bhutan was released and that finds the animals at risk of incidental snaring but not of targeted poaching, except in Nepal.

Due to its distribution in the less accessible higher reaches of the Himalayas, information about the illegal trade of Red Pandas is patchy and difficult to collect, hence the latest study, an Assessment of illegal trade-related threats to Red Panda in India and selected neighbouring range countries was undertaken to fill this information gap.

Over a ten-year period from July 2010 to June 2019 the authors found neither India nor Bhutan had reported any incidences of poaching or illegal trade in Red Pandas, but in Nepal a total of 13 seizure records were reported between 2016 and 2019, accounting for a total of 29 pelts. All except two took place in Kathmandu.

Consultations with experts revealed a similar low-level incidence of Red Panda trade in Bhutan and India with one case of accidental trapping of a Red Panda in a snare in Jigme Dorjee National Park from Bhutan and six incidents of poaching accounting for six individual animals in India, aside from a 1999 case involving more than 20 pelts.

By contrast, in Nepal, experts from there shared knowledge of about 25 incidences of Red Panda poaching, involving approximately 55 animals and also claimed to have witnessed and/or have confirmed reports related to poaching on six occasions involving 15 animals.

The authors also carried out extensive interviews with local villagers across three states in northern India. In Arunachal Pradesh, a total of 968 people from 147 villages in 20 Districts reported one recent poaching incidence and six older cases in Anjaw District where they said Red Pandas get accidentally trapped in snares set for other wildlife species, in particular deer. They also reported a 2009 case when three Red Panda cubs were said to have been traded to a Bhutanese national in Lumla, Tawang District. In Dibang Valley villagers reported two recent instances of foreign tourists offering to buy captured live Red Pandas.

In West Bengal, 171 interviewees had no specific knowledge of Red Panda poaching but said the area was visited by wildlife hunters from Nepal, while in Sikkim two thirds of the 761 people interviewed were aware of Red Pandas in their area and the species’ protected status.

Dr Saket Badola, Head of TRAFFIC India and author of the report said, “Although the current study did not find large numbers of Red Pandas in illegal wildlife trade in India and Bhutan, there is a serious threat from habitat destruction and degradation in these countries while there were also a number of cases of illegal trade in Nepal that needs in-depth investigation.

“To protect Red Pandas fully it is important that community-based conservation and protection measures are implemented, including mitigation of non-targeted trapping practices. Cross border co-operation and co-ordination is also necessary for protection of wildlife that migrates beyond borders.”

The study was conducted by TRAFFIC’s India office to understand the impact of poaching and illegal trade on Red Pandas across India, Bhutan and Nepal with funding support from WWF Germany through their collaboration with the Association of Zoological Gardens (Verband der Zoologischen Gärten e.V., VdZ) of Germany, Austria and Switzerland.

Notes
1 World Wildlife Day is celebrated ever year on 3rd March and this year it aims to celebrate the special place of wild plants and animals in their many varied and beautiful forms as a component of the world’s biological diversity.

3 There are only 14,500–15,000 Red Pandas left in the wild and the species is listed as “Endangered” on the IUCN Red List of Threatened species. International trade is strictly regulated through its listing in Appendix I of the Convention on International Trade in Endangered Species of Wild Fauna and Flora (CITES), while in India, the species is protected under Schedule I of the Wildlife (Protection) Act, 1972. 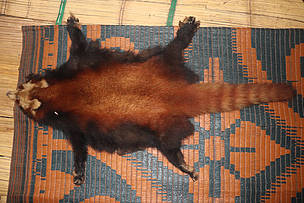