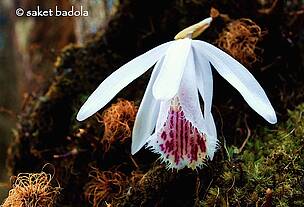 A new factsheet released on International Day for Biological Diversity

Today, on the International Day for Biological Diversity, TRAFFIC and WWF-India have released a new factsheet on orchids, a family with rich biological diversity that is highly coveted in the ornamental plant trade. Globally, orchids belong to the second-largest family of flowering plants and have some of the most prized and traded flowers.

India is home to about 1256 orchid species, of which 307 species are endemic to the country. Despite such vast biodiversity, only 11 species are protected under India's Wildlife (Protection) Act. Export of orchid species specified under the Schedules of the Wildlife (Protection) Act, 1972, CITES (Appendix I), and in the EXIM Policy of India is prohibited.

IUCN Global Red List has assessed about 1641 orchid species (July 2020) of which 747 are categorised as 'Threatened' with 197 listed as 'Critically Endangered’.

Illicit harvesting and overexploitation of orchids for the illegal wildlife trade is a significant increasing threat to these plants in the wild. Orchids are illegally collected and traded for ornamental plants, traditional medicine, and consumption. The increasing demand for orchids for various purposes leads to unsustainable harvesting practices in India. Protected species of orchids such as Blue Vanda and Ladies Slipper have been found in wildlife seizures across India.

Echoing this International Day for Biological Diversity’s theme, "Building a shared future for all life", TRAFFIC, through its new factsheet, strongly suggests raising awareness of orchids among the local communities and promote sustainable and traceable use of threatened species to ensure that trade in orchids is not a threat to its future.

The newly released communique titled "Orchids: Factsheet on India's orchids in illegal wildlife trade" is a compilation of beautiful images and well-researched content providing general information about orchids, interesting facts, legal status, and threats from the illegal wildlife trade. It can be used as a ready reference by educators, researchers, media personnel, and the general public alike.

For more information, please contact Dilpreet B. Chhabra at 9899000472 or write to her at dilpreet.chhabra@traffic.org 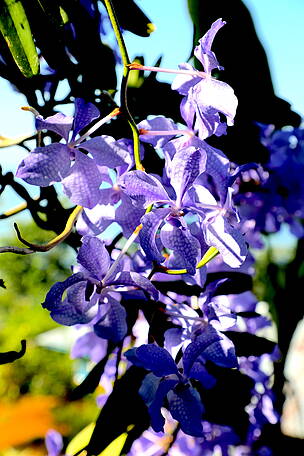