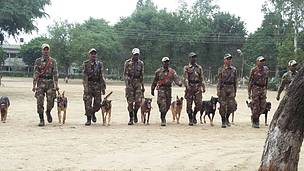 In 2008, TRAFFIC, a wildlife trade monitoring network and a strategic alliance of WWF and IUCN, had pioneered the wildlife sniffer dog training programme for the first time in India. Since then, the 25 dogs and their handlers trained under the programme with support from WWF-India have played an exemplary role for curbing wildlife crime in India.

The fifth phase of TRAFFIC India’s wildlife sniffer dog training programme began in January 2016 at National Training Centre for Dogs (NTCD), BSF Academy, Tekanpur Gwalior, with 16 young dogs and 32 handlers of seven participating states of West Bengal, Chhattisgarh, Tamil Nadu, Kerala, Karnataka, Andhra Pradesh, and Madhya Pradesh. Since then the dogs and their handlers have gone through a rigorous nine month long training regime to learn and develop skills for detecting wildlife crime, conducting wildlife seizures and nabbing poachers. The dogs graduated today at a passing out ceremony organised at the dog training center in Gwalior alongside a passing out parade with a magnificent display of the skills learned for curbing wildlife crime. The passing out ceremony was attended by senior officials of the BSF, TRAFFIC and WWF-India from New Delhi.

Shri R. A. Khan, DIG (TPT), BSF addressed the audience and said, “The NTCD at Gwalior is a nodal and established sniffer dog training center for combating various crimes in India. Since wildlife crime is one of the severe ones in India, and globally, it is important that the sniffer dogs are trained specifically for this purpose. Dogs have profound sniffing and tracking ability which makes them useful in conducting wildlife seizures as well as nabbing poachers. This is the first batch of wildlife sniffer dogs to have been trained from our center and we feel pride in partnering with the civil governments for this important mission”.

Dr. B N. Panchbuddhe, SVO, Training Officer, NTCD, BSF Academy, Tekanpur said, “ National training centre is a premiere training institute of India established in 1970 with aim to train Dogs and handlers of CPO’s and state police organizations. NTCD has trained dogs in different field and trades. This year NTCD was given a task to train dogs in the field of wildlife protection. Since, this was a really new and different training for us, we discussed with wildlife experts and analysed the kind of crime involved in it and prepared a new syllabus for the training of dogs for wildlife protection. Overall the handlers from forest department has shown zeal and enthusiasm, worked very hard and given the best results. No doubt, after deployment in the forest, these 16 dogs will be effective in controlling the illegal wildlife trade and poaching.”

Mr. Ravi Singh, SG and CEO, WWF-India, further added, “Wildlife sniffer dogs for wildlife crime detection and prevention is a growing programme in India. Since the nature of wildlife crime is ever evolving it is important that new tools and practices are adopted for combating this menace. Wildlife Sniffer Dogs are a step in this direction and WWF-India is supporting the programme in India with the authorities”.

Wildlife Sniffer Dogs popularly known as TRAFFIC India’s Super sniffers deployed in the field have received an overwhelming response from various stakeholders. They have  been successful in at least 150 cases of wildlife seizures, arrests of about 100 persons and recovery of body parts including skins and bones of tiger, leopard, bear bile, ivory, star tortoise, deer antlers, skins and meat, live birds, porcupine, pangolin scales, snares , traps and weapons. This clearly sends a strong message about the important role sniffer dogs play in combating wildlife crime. 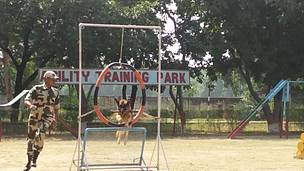 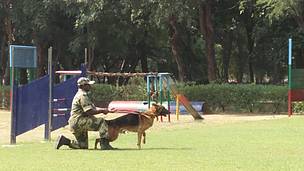