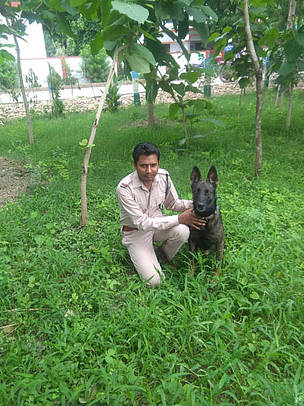 Super Sniffer "Nirman"
© TRAFFIC
New Delhi: In the lead up to Global Tiger Day on 29th July 2019, TRAFFIC has announced the winners of Canines for Felines, a special contest for wildlife sniffer dogs (popularly called Super Sniffers) trained under a TRAFFIC and WWF-India programme in India, working to curb poaching and illegal trade of tigers.

Since his deployment, Nirman and his handlers Mr Raj Kishore Prajapati and Mr Ashok Kumar Gupta, have helped in solving 35 wildlife cases including six tiger-related cases leading to the arrest of several wildlife criminals along with recovery of poached tiger carcasses and seizure of tiger body parts. To become such an ace sniffer and tracker dog, Nirman along with his handlers underwent a rigorous nine-month training programme in 2016 at the National Training Centre for Dogs (NTCD), BSF Academy, Gwalior.

The runner up sniffer dog Myna and handlers Mr Dinesh Aneja and Mr Ter Singh were trained in 2015 at the 23rd Battalion of Special Armed Forces, Bhopal. They have so far assisted in 18 wildlife cases including three tiger cases involving the arrest of several wildlife criminals and seizures of tiger claws, teeth and other body parts.

Along with these two, wildlife sniffer dog Quarmy from Biswanath Wildlife Division, Assam won a special prize for combatting wildlife crime. He and his handlers Mr Lakhmi Nandan Baruah and Mr Johnson Teron were trained at the NTCD, BSF Academy, Gwalior in 2017.  In a period of merely two years of deployment, Quarmy has helped in solving several wildlife crime cases and provided crucial leads to enforcement agencies.

The inaugural Canines for Felines competition received 12 entries from across India. Between them, the 12 Super Sniffer contestants have helped enforcement agencies in solving 131 wildlife cases. The winners were chosen based on their impact on tiger-related cases while the Special Prize was awarded based on the wildlife sniffer dog’s overall contribution towards curbing wildlife crime. The certificates for the winners and their prizes will be sent to the respective forest departments.

Mr Ravi Singh, SG & CEO, WWF-India added, “WWF-India congratulates the winners of the contest and hopes that they will set a leading example for others to help in curbing wildlife crime within the country and trafficking across the borders.”

Bengal Tigers Panthera tigris tigris are listed under Schedule I of India’s Wildlife (Protection) Act according them the highest protection status. International trade of tiger parts is prohibited under CITES, where they are listed under Appendix I. Despite this, tigers are poached for their skin—used to make clothing, rugs and wall hangings; and their bones, claws, teeth, etc., used as ingredients in Asian medicines. Live tiger cubs are also smuggled for the illegal pet trade.

Global Tiger Day, also called International Tiger Day is celebrated every year on 29th July globally to raise awareness about tiger conservation. It was started in 2010 at the St. Petersburg Tiger Summit.

For any queries please contact Ms Dilpreet B. Chhabra, Senior Manager-Communications, TRAFFIC India at dilpreet.chhabra@traffic.org or call her at 09899000472.  For more information about the programme, please visit www.trafficindia.org; www.traffic.org 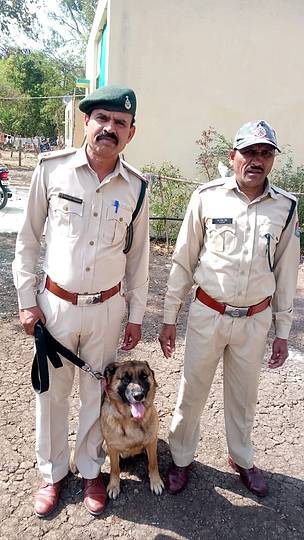 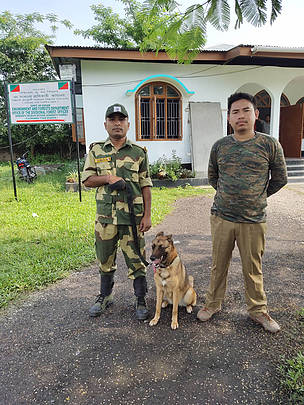