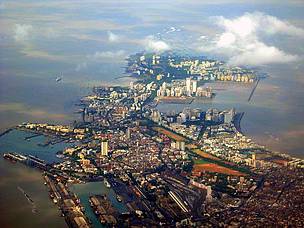 ©
New Delhi:  Three of India’s Top 20 Cleanest Cities of India are now in the final run-up to become the global capital under WWF’s Earth Hour City Challenge (EHCC) 2015-16. The three Indian cities of Rajkot, Pune and Coimbatore, are among the 45 cities across 21 countries that have been selected as finalists for the Earth Hour City Challenge 2016, for their progressive and concerted efforts towards creating solution hotspots and integrating sustainable practices in their actions. One among these Indian cities will also be chosen as India’s National Earth Hour Capital 2016.
Launched in 2011, the Earth Hour City Challenge by WWF supplements the already enthused initiative of India in building 98 smart cities. The smart cities of India, 20 of which have already been selected for the first phase, are working on most of the themes closely related to the ones identified in the EHCC platform such as increasing the use of renewable energy, building sustainable mobility, conserving energy, effective waste management and adopting sustainable infrastructure plans. Two of the three EHCC finalists, Pune and Coimbatore, are also among the top 20 Smart cities under the Government of India Smart City Mission. In addition, all three cities of Rajkot, Pune and Coimbatore have also been ranked seventh, eleventh and eighteenth under the Clean India Mission survey of the Government of India respectively.
WWF, in partnership with ICLEI – Local Governments for Sustainability, mobilizes cities and helps them report their actions through carbonn Climate Registry (cCR).  An expert jury selects one city from each country as the National Earth Hour Capital, which will then be in the run-up to receive the Global Earth Hour Capital Award.
Pune, which is placed 2nd in the smart cities list announced by the Indian government, has been successfully integrating green practices in its sustainable initiatives. Pune is making progress with efforts for sanitation, energy conservation, efficient building materials, renewables and waste management. Some of the significant actions undertaken by the city include the Comprehensive Mobility Plan, which aims to improve public transport and traffic management. The city has also established a dedicated Energy Saving Cell and has an Eco-Housing program to focus on resource conservation measures.
Similarly, Rajkot’s ambitious low-carbon targets for 2016 and high-level strategies to drive sustainability through the SMART Society Scheme, Solar City Programme and Asia Pro-Eco Programme have put the city a step ahead in its sustainability pursuits. The city has multiple ongoing waste management programs and has established a state-funded energy park. Rajkot has also demonstrated promising commitment for reducing emissions, along with multiple initiatives for increasing energy security.
Coimbatore is at the forefront of aggressive renewable energy initiatives such as setting up biogas plants, solar PV installations as well as a hybrid wind-solar pilot. It is taking strong measures to reduce energy consumption from buildings and streetlights with several energy efficiency schemes. The city has also adopted high-level sustainable infrastructure plans such as developing urban climate guidelines to leverage national and international financing options. It is also the 13th smart city listed by the government and is also among the 15 cities that will be developed as "Pilot Solar Cities”.
India became part of the global EHCC platform in 2012 and was the first developing country to join this initiative. Delhi, Coimbatore and Thane have been the National Earth Hour Capitals in the last three years. Seoul, South Korea was declared as the Global Earth Hour Capital in 2015. The finalist cities will also be participating in an associated public campaign called ‘We Love Cities’ that thrives on public participation, which is one of the key elements of the smart city programme as well.
About WWF-India
WWF-India is one of India’s leading conservation organizations with programmes and projects spread across the country. The organisation works towards the conservation of biodiversity, natural habitats and the reduction of humanity’s ecological footprint. The mission of WWF-India is to stop the degradation of the earth's natural environment and to build a future in which humans live in harmony with nature. To know more, log on to: www.wwfindia.org
For further details please contact:
Divya Joy
Communications Officer – Climate Change & Energy
djoy@wwfindia.net
011- 41504823
Rituparna Sengupta
Sr. Manager- Brand, Media and Campaigns
rsengupta@wwfindia.net
011-41504797