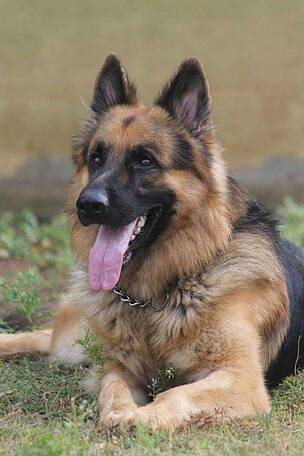 Rana
© Amarnath Chaudhary
August 2022: After assisting the Karnataka Forest Department in curbing wildlife crime for nearly seven years, Rana, a heroic wildlife sniffer dog, breathed his last on 2 August 2022 due to age-related ailments. His exceptional sniffing skills had helped the officials solve numerous wildlife poaching and smuggling cases in Karnataka and neighbouring states. Loved and admired by all, Rana was well known for contributing to wildlife protection activities during his service.

During his service, Rana assisted in solving at least eight tiger-related cases, over 45 leopard-related cases, and several wood theft cases, including the recovery of Red Sanders.

Dr P. Ramesh Kumar, Director, Bandipur National Park said, "Rana's contribution in operation to capture the man-eating tiger prowling for eight months in Gudalur, which falls within the Mudumalai Tiger Reserve of Tamil Nadu, will always be remembered. Due to his efficiency in solving the most difficult of wildlife crime cases, Rana was perceived as a nightmare by poachers and wildlife smugglers. The forest department will truly miss him".

Rana's handler Kala Kalkar Mage added, "Rana was my mission partner and a family to me. Losing him feels like a personal loss".

As a show of respect and to acknowledge the contribution of Rana, Karnataka Forest Department had organised a funeral with complete state honour for the most loved canine member of their force.