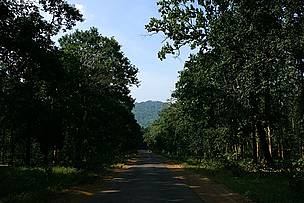 The famous Kanha Tiger Reserve, in Madhya Pradesh, is not to be seen in isolation as it is connected to other tiger reserves of Central India through forested corridors. These corridors are critical for the tigers of the entire Central India's Satpura Maikal landscape (SML) as they are needed for the big cats to freely move and disperse to tiger reserves that are safer and have sufficient prey to sustain them. Among these tiger reserves is Chhattisgarh’s Achanakmar, which accommodates the dispersing tigers of Kanha tiger reserve.
Potential as a safe haven for tigers
Achanakmar Tiger Reserve, is located on the easternmost part of the SML. It hosts many indigenous people and for the nature lover the forests are dotted by some pretty rest houses amidst picturesque forest sceneries. It has dense mixed moist deciduous forests in a very hilly terrain and is connected to Kanha Tiger Reserve via corridor forest of four forest divisions and two wildlife sanctuaries. WWF-India is helping safeguard these corridors in SML since 2003.

A visitor to Achanakmar Tiger Reserve can drive across valleys surrounded by picturesque mountains, through unending rows of tall Sal trees, some of which are over 100 years old. This Tiger Reserve also has natural bamboo and mixed forests, with the waters of River Maniari being the major lifeline. The tiger reserve was notified in February 2009 with a combined core and buffer area of about 914 sq. km. It is a typical geographical representative of the Highlands of Central India, nestled in their eastern part.

Apart from tiger, the other predators found here are leopard, wild dog, wolves, jackals and hyena. According to the assessment done as part of the nation wide monitoring exercise of the tiger and its co-predators carried out by NTCA and WII in association with WWF in 2010, Achanakmar has between 10 to 12 tigers. The main prey for the carnivores here are chital, sambar, wild pig, barking deer and gaur, although cases of lifting of domestic livestock are also reported occasionally. The area has always been known for its rich wildlife. Captain J. Forsyth in his book the Highlands of Central India, 1873, had recorded lions, elephants, wild buffaloes and barasingha in this area.

There are about 13 forest villages inside the tiger reserve, while six were relocated outside the reserve earlier. Among the issues facing the park are inadequate management strengths due to insufficient forest staff capacity; occupation of the productive valleys by human settlements; the road from Bilaspur to Amarkantak that bisects the tiger reserve and its traffic causing disturbance to the wildlife and threats of poaching. There is a proposal to relocate the villages out of the Tiger Reserve’s core area so that competition between humans and wildlife for the forest resources is reduced, positively impacting the habitat leading to regeneration of grasslands and water bodies free of disturbance, which in turn will help the tiger population to grow.

Strengthening the frontiers
To strengthen the patrolling and monitoring of wildlife in the sensitive Khudiya and Lormi forest ranges in the buffer areas of Achanakmar TR, WWF-India has supported the forest department with a Bolero Camper vehicle for patrolling. The vehicles were handed over to Mr. S. D. Badgaiyyan, DFO, Bilaspur Territorial Division by Neha Samuel, Senior Project Officer, SML Project in May 2011. Separately, the field staff of the Achanakmar TR was donated torches and shoes to help them better patrol the forests. Two metal detectors were handed over to Mr. I. N. Singh, Conservator of Forests (Wildlife), Bilaspur, Chhattisgarh. Some of the 160 staff of the core and buffer areas of the tiger reserve present during the occasion was also given training on using the metal detectors.

Since 2003, WWF-India has been working for the conservation of Achanakmar and surrounding forests. In 2008-10, more than 400 forest personnel posted across the 13 Protected Areas of Chhattisgarh and especially the adjoining forest divisions of Achanakmar TR were given training in wildlife protection, legal aspects and management through 19 training programmes. A training programme on wildlife trade, forensics and legal aspects was conducted for the senior officials Chhattisgarh Forest Department in collaboration with TRAFFIC. Training programmes for the anti-poaching squads that were formed at the initiative of WWF-India in Achanakmar TR to strengthen wildlife protection in the corridor forests were also conducted in September, 2010. WWF helped identify the critical tiger habitat for Sitanadi Udanti Tiger Reserve and assisted in preparing management plan for Bhoramdeo WLS which is adjacent to Kanha tiger reserve and is part of the Kanha – Achanakmar corridor.

According to Neha Samuel, based at Bilaspur Field Office, “Achanakmar Tiger Reserve tiger reserve has all the potential with its rich flora and fauna to become haven for tigers and WWF will continue supporting it to claim its rightful place among the tiger reserves.” 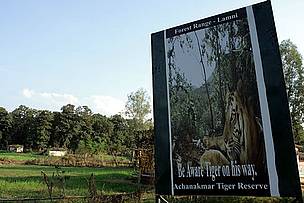 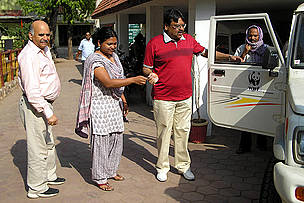 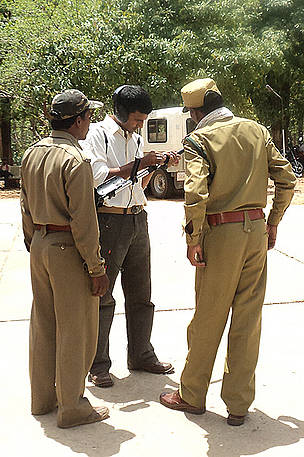