Cities around the world take the lead on essential climate action 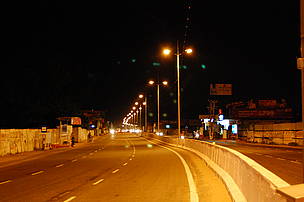 Street lighting systems in Coimbatore are equipped with automatic timers, and dimmers to control energy consumption
© ICLE
New Delhi: WWF announced the finalists of their global initiative, the Earth Hour City Challenge, which was launched last year to mobilize action and support from cities in the global transition towards a climate friendly future.

Across the world, 17 cities made it to the final list from 66 cities that participated from 6 countries; Canada, India, Italy, Norway, Sweden and the United States. India was the first developing country to join this initiative, meant to showcase positive examples of change that are being undertaken. The six cities where this programme was conducted include Bhubhaneshwar, Cochin, Coimbatore, Hyderabad, Jaipur, and New Delhi.

Out of the six Indian cities, New Delhi, Cochin and Coimbatore have now progressed to the final round following a thorough evaluation by WWF and global management consultancy, Accenture, which judged them on their low carbon development plans and renewable energy solutions being implemented in the city to promote ‘low footprint’ lifestyles of urban residents. WWF worked closely with ICLEI – Local Governments for Sustainability, in mobilizing cities to join the challenge and enabling their reporting through carbon Cities Climate Registry (cCCR).

The main initiatives and their positive impacts were highlighted from each city. In New Delhi, mandatory requirement for the bus fleet and autorickshaws to run on CNG since 2004, has played a significant role in reducing air pollution and release of emissions. The Delhi Metro Rail, which carries close to 2 million people everyday, has helped in reducing private cars on the roads and bringing down pollution levels by 630,000 tonnes every year. In Cochin, the government launched the Waste to Energy Project where unsorted waste is gasified using state of the art equipment to generate power without creating harmful emissions. Cochin also has the 1st airport to use solar power to generate electricity for its day to day operations. It generates approximately 146 MWh/year and has reduced emissions by 126 tonnes/year. The Coimbatore Municipal Corporation has implemented a large scale energy saving project for the city’s street lighting system wherein automatic timers, dimmer equipment and electronic meters that monitor energy consumption have been installed, and have helped in reduction of consumption by 79,51,512 kWh/year.

Cities across the world are currently responsible for over 70% of fossil fuel related carbon dioxide emissions. Yet, such initiatives prove that cities can also be part of the solution. According to Dr. Sejal Worah, Programme Director, WWF-India, “A lot needs to be done in the way our cities are growing, and more importantly, the way they are consuming energy. However, even with the scale of change needed to make our cities more sustainable, there are some pockets of excellence that are worthy of being highlighted. Through the Earth Hour City Challenge , WWF-India , ICLEI and the municipal authorities of six cities initiated an exercise to document the energy needs, and action plans that are currently underway in the areas of energy efficiency , conservation and deployment of new and renewable energy projects.”
The Indian cities are now competing with International finalists; Colwood, Surrey, and Vancouver from Canada; Forli, and Siena from Italy; Arendal, Oslo, and Stavanger from Norway; Malmö, Stockholm, and Uppsala from Sweden; and Chicago, Cincinnati, and San Francisco from the US, to receive international recognition for its efforts towards building a sustainable future.

An international jury of experts* has been tasked with identifying one city per country worthy of the title of the National Earth Hour Capital. The jury will pay particular attention to cities that have developed inspiring, credible plans for low-carbon development as they strive to fulfill the everyday needs of their citizens. These capitals, together with the Global Earth Hour Capital, will be presented at a conference on March 19, 2013 in Malmö, Sweden. 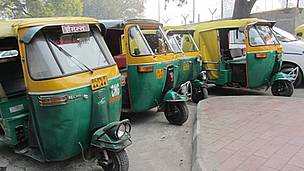