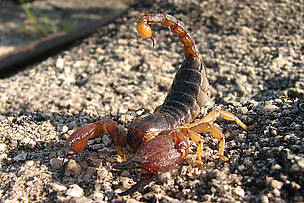 The 66.53 mm long scorpion is from the genus Heterometrus Ehremberg, 1828 and has been named Heterometrus telanganaensis, after the region Telangana in which Regonda, where the specimens were collected, is located. The new species differs from all Indian species of the genus in being one of the smallest species with a relatively short metasoma.

According to Farida Tampal, State Director, WWF-India, Andhra Pradesh State Office “This scorpion was discovered during our study in WWF-India’s cotton project. The specimen was verified by Dr Wilson R. Lourenço, an arachnologist in the Natural History Museum in Paris, France, and a specialist for this genus of the scorpions.”

The finding
In the course of an ongoing study on scorpion fauna of the Eastern Ghats area of Andhra Pradesh, specimens were collected at Regonda, in September 2010, which did not match the known species reported from the state by Javed et al. Further study revealed its resemblance to the genus Heterometrus. Yet it differed in several aspects from all the known species from India.

These specimens were later identified and compared with the descriptions and illustrations provided in Tikader & Bastawade (1983) and Kovařík (2004). Also photographs of live specimens were taken.

The specimens collected on 24 September and 27 October 2010, by Narsingh Goud, have been deposited in the collection of the Zoological Survey of India, Freshwater Biology Regional Center, Arachnid section (ZSI/FBRC/A), Hyderabad (ZSI/FBRC/A-30-32).

Habitat and natural history
Regonda (18°14΄ N, 79°49΄ E) is located in the semi-arid part of Warangal District and has an average elevation of 302 m (990 feet). Warangal’s climate is predominantly hot and dry. Summer starts in March, and during the peak in May average high temperatures are in the 42°C (108°F) range and in winter the high ranges from 22-23°C (72-73°F). The monsoon generally arrives in June and lasts till September leaving behind a precipitation of 550 mm (22 in).

Heterometrus telanganaensis is a burrowing species whose burrows were found on a hillock surrounded by agricultural fields, constructed in a shady area. The individual burrows were 20 to 25 mm wide at the entrance and about 150 mm deep. A few brooding burrows with multi-opening were also recorded. The single entrance burrows were found leading into a tunnel parallel to the surface and sloping at the end into a wider chamber. Whereas, in the case of multi-opening borrow, different channels linked randomly with the main channel led to the wider chamber.

A less studied area
Scorpions are versatile creatures and are found in all continents except Antarctica living in a variety of habitats from grasslands and rainforests to deciduous forests. They are nocturnal (hunt at night) and their carnivorous diet consists of a variety of smaller creatures like insects, centipedes and spiders. Some of them display cannibalistic behaviour and eat other scorpions. Scorpion studies among Indian researchers are not popular (Javed et al., 2010b; Mirza & Sanap, 2010).

Says Farida “This is not the only find in Andhra Pradesh. WWF-India’s field staff have reported many new varieties of scorpions, spiders and geckos as well as range extensions for many snakes and lizards as part of our biodiversity studies in the Eastern Ghats. This part of India is a rather poorly studied and poorly conserved landscape, which deserves far more attention and protection than it currently receives.” 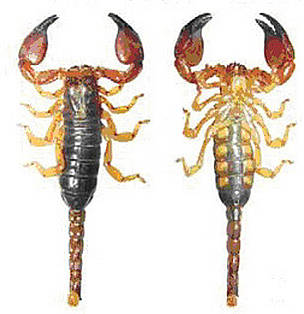 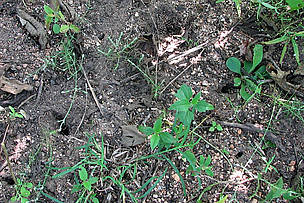 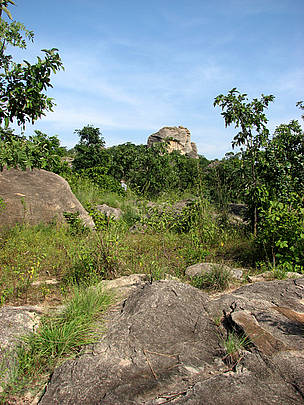 A view of the environs in Warangal District, where Heterometrus telanganaensis is found
© WWF-India Enlarge