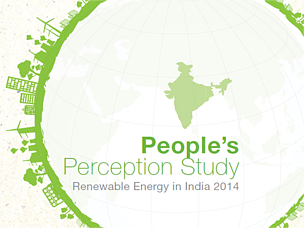 People's Perception Study: Renewable Energy in India 2014
© WWF-India
The People's Perception Study summarizes the findings of two WWF-India renewable energy surveys, one for individuals and the other for RE manufacturers. Some of the key results indicate that more than 55 per cent find renewables reliable and about 95 per cent of the non-users are willing to invest in and adopt renewables. The report also presents key asks from various stakeholders such as RE manufacturers, individuals, media, civil society and government.