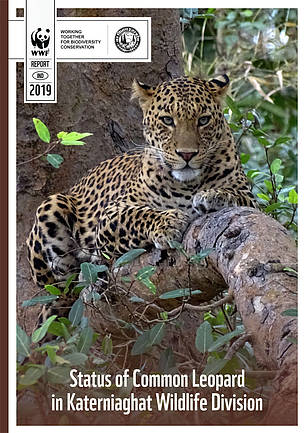 Katerniaghat Wildlife Division (WLD is comprised of Katerniaghat WLS and its buffer ~550 km2), a part of Dudhwa Tiger Reserve, is a unique wildlife habitat within the Terai Arc Landscape (TAL) of India. This Protected Area (PA) is well known for the endangered fauna it harbors in remnant grassland-wetland-forest mosaics, including Tigers (Panthera tigris), the One-horned rhinoceros (Rhinoceros unicornis) and Elephants (Elephas maximus). Furthermore, the division's connectivity with Bardia National Park in Nepal has allowed the persistence of diverse life forms, even though the sanctuary is subject to significant anthropogenic pressure.

The protected area also harbors a sizable leopard population. The leopards of Katerniaghat have been associated with conflict for a number of years – which is perhaps the highest within the Terai Arc Landscape. Between 2017 and April 2019 alone, 52 people were mauled by leopards, resulting in 14 human fatalities. The pervasive conflict has predictably resulted in considerable fear and resentment towards leopards among local communities, and antipathy towards forest managers. Such conflict has also resulted in the occasional killing of carnivores by locals. In this fraught situation, the Forest Department and conservation agencies have constantly persevered to mitigate conflict and reduce the risk for affected communities.

The report titled “Status of Common Leopard in Katerniaghat Wildlife Division”  is an outcome of a comprehensive study of the leopard population and its distribution within the Katerniaghat Wildlife Division (WLD) in Uttar Pradesh, carried out by WWF India, in collaboration with the Uttar Pradesh Forest Department. The study was conducted to assess the status of leopards within the Protected Area, map the intensity of human leopard conflict and describe various methods of engaging with local communities to mitigate human leopard conflict.
The derived information on density, abundance, and spatial use is intended to provide insights for Protected Area managers and conservationists to design and plan appropriate conflict mitigation strategies.