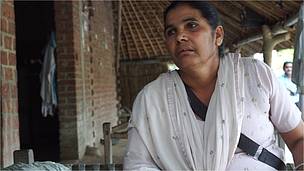 “It was a chilly winter night; I was sleeping in the front porch of our home. Suddenly I felt a strong tug on the mosquito net of my bed. To my horror, a tiger was staring right at me.”  These were the words of a 50-year old woman, Manjeet Kaur, who had a narrow escape from a tiger attack on 6 February 2017 in Karnapur village of Pilibhit district, Uttar Pradesh. Nonetheless, she was severely injured, and is still undergoing treatment in a local hospital. Prompt action of police and the forest department officials, who rushed Manjeet Kaur to the district hospital at Pilibhit, helped save her life.

Out of the seven incidents that occurred between November 28, 2016 and February 11, 2017, Manjeet Kaur is the only victim who has lived to tell her account.

The first victim to the series of attacks was Baburam, a 50 year old farmer from Piparia Santosh who was allegedly killed by the sub adult tiger, on November 28, 2016, while he was in his sugarcane field. His son, Dheeraj Kumar discovered his father’s body in the morning.

Thriving tiger population in the area, in addition to territorial dynamics, often leads to incidents of tigers straying out of the Pilibhit Tiger Reserve and into the nearby human habitations. This leads to increasing cases of conflict between humans and wildlife, oftentimes resulting in loss of life.   Sugarcane fields in Pilibhit also form extended grasslands outside dense forest areas. Villagers entering these fields are the most vulnerable to feline attacks.
WWF-India has been closely working with the local communities and the Forest Department in managing human-wildlife conflict in the area. An interim relief compensation of Rs. 10,000 is provided to the families of the deceased. The forest department also supports the families with a compensation of Rs. 5 lakh. Camera traps are set up to trace and identify tigers straying into human habitation. In doing so, WWF-India supports the UP Forest Department by providing information related to the movement and identification of tigers.

While these compensations aim to provide interim relief for the losses, the forest department and officials of conservation organisations often face the ire of angry villagers, who want to kill the tiger in retaliation.

In one such incident, a tiger killed a man in the early hours of February 11 in Kalinagar - 15 km from the Pilibhit Tiger Reserve. Furious villagers swarmed the sugarcane field where the animal had taken refuge. Efforts by a team consisting of officials of forest department, WTI and WWF-India helped in controlling the situation and rescuing the tiger. Harshad Karandikar, a WWF-India member present during the operation recalls, “The operation was a testimony to the dedication and commitment of the Forest Department staff, who put their own lives at risk to ensure the safety of both the local population and the tiger. Despite the presence of a few thousand people, many of whom tried to lynch the tiger after it was darted, the animal was safely whisked away to the Lucknow zoo."

To further support human-wildlife conflict management, WWF India and UP Forest Department have been interacting regularly with local communities to find solutions that lead to mutually beneficial co-existence for both humans and wildlife.

Harish Chandra, a community member from Piparia Santosh village, believes that any intervention to inform community members and thereby reduce such incidents will be appreciated. “We will support any initiative – be these nuddak naataks or any other medium - to create awareness. And since the forests of Pilibhit are home to the tiger, such initiatives will help protect our country’s national animal.”

WWF-India strongly believes that issues of human-wildlife conflict cannot be successfully managed without the support and understanding of local communities. “When the two incidents occurred in Piparia Santosh, we mobilised our community members to cooperate with officials. The fear and anger of villagers can be reduced if timely support is provided,” said Mahesh Kumar, Village Headman of Piparia Santosh.

Such cases of human-wildlife conflict management prove, yet again, that despite complexities, people and wildlife can still positively co-exist in India. The success of human-tiger conflict management rests on the timely support that the forest department and conservation organisations provide to the local communities, especially when the situation becomes volatile. 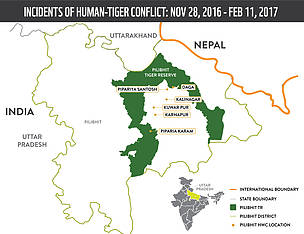 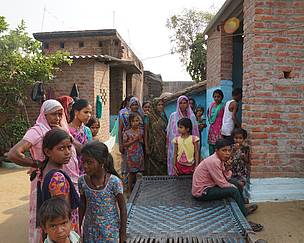 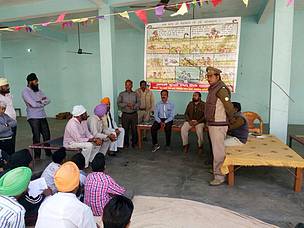