Interesting life in the heights of eastern Himalayas 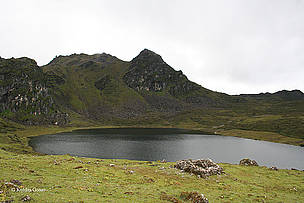 The WAL is home to hundreds of high altitude wetland complexes. Little is known about these wetlands or the life they harbour. As part of WWF’s Saving Wetlands Sky High Programme, a baseline survey was undertaken between 24 August and 6 September 2010 in one such wetland area- the Nagula wetland complex. This was done by forest department officials, researchers of G.B. Pant Institute of Himalayan Environment and Development of North East Unit (Itanagar), ornithologists and local guides along with WWF-India’s team from WAL. This wetland complex is situated to the north of the Tawang Township, bordering Tibet. It contains about 100 permanent alpine freshwater lakes located between the altitudes of 11,500 to 14,500 feet. This wetland complex acts as a reservoir for the Nyamjangchu River, an important tributary of the River Manas that drains through Bhutan and Assam.

This baseline survey revealed the presence of nearly 70 species of birds, three mammals and an amphibian living at these heights. Avian species recorded during the survey included the near-threatened grey-headed fish eagle (Ichthyophaga ichthyaetus) and the endangered* Baer’s pochard (Aythya baeri).

According to Dr. Kuldip Gosai, Senior Programme Officer, WWF-India, “Apart from the rich avian fauna, the survey also found the mammals Himalayan marmot and two species of mountain pikas, as well as a species of toad that was sighted for the first time at an altitude of 4,200 metres in this area.”

“We now have complete documentation on 19 of the 100 lakes for the first time,” informed Lohit Gogoi, Wetlands Officer, WWF-India. The information on these lakes will be put into a wetland directory for western Arunachal Pradesh. “We have learnt the names of many of these lakes for the first time, with help from experts of Tawang monastery,” he added.

Wetlands play a crucial role in maintaining the ecological balance of a region, as they are known to be one of the most productive eco-systems in nature. The wetlands nestled in the Indian Himalayas are home to diverse flora and fauna about which not much is known. Surveys such as these are meant to plug the gaps in knowledge about life in such heights and help in the design and implementation of effective conservation measures.

Pijush Kumar Dutta, Landscape Coordinator, WWF-India concludes, “These high altitude wetlands have a connection with the Buddhist culture and traditions. Pastures on their fringes serve as grazing grounds for the large herds of sheep and yak population.” Conserving such high altitude wetland complexes not only protects rare flora and fauna but also ensures ecological security for the local people. 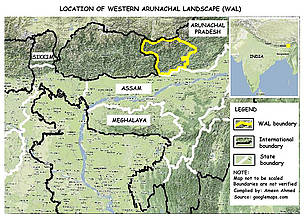 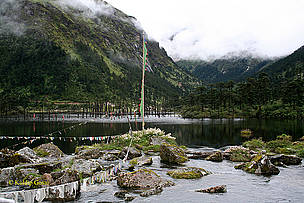