Wetlands of Uttarakhand: A Documentation 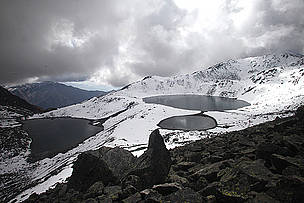 Dodhi Tal (West) in Uttarakhand
© Emmanuel Theophilus
The National Wetlands Conservation Programme of India has been supporting wetlands conservation all over India since 1987. Under the programme, 115 wetland sites have been identified for conservation and management. Further, under the Ramsar Convention 26 wetlands from India have been included in the list of Wetlands of International Importance. Wetlands located in the state of Uttarakhand are yet to be included in this list.

Therefore, a rapid assessment of wetlands in Uttarakhand was conducted by WWF-India in order to gather baseline data on their status, commissioned by the Uttarakhand Forest Department. During the study period, a total of 116 wetlands were covered within an altitude range of 300m to over 5,000m asl. The district-wise distribution of wetlands has been depicted in a series of maps. The following information regarding wetlands has also been recorded –Geographical location, area covered, altitude, site description, floral and faunal diversity, land tenure, ecosystem services, wetland use (direct and indirect), threats and the zone of influence (in case of a few wetlands).

Concerted steps related to wetland conservation need to be undertaken following this extensive survey of wetlands. In this regard, a total of 42 wetlands have been prioritised for conservation on the basis of set parameters. The sites referred to are as follows:

Since this was a rapid survey of the wetlands of Uttarakhand, it is to be seen as a first step, an initial inventory only. In order to understand biological and physical parameters in different geographical settings, data on a range of ‘reference’ wetland sites, ranging from those least altered by human use, to graded levels of alteration by human use will need to be acquired. Baseline data also needs to be collected on habitat structure, trophic status, hydrology (flows and water retention times), as well as, chemical, biotic and physical parameters of selected wetland sites in this region.

This study has being compiled into a report called ‘Wetlands of Uttarakhand: A Documentation’ which will aid the Ministry of Environment and Forests, the Uttarakhand Forest Department and other associated government departments and agencies in setting goals and designing initiatives aimed at the conservation of wetlands in Uttarakhand. The report will be launched soon. 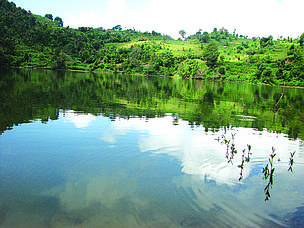 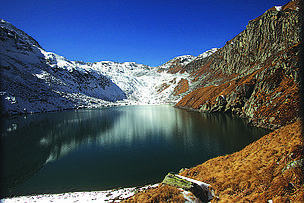 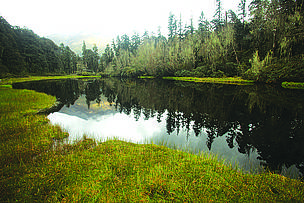